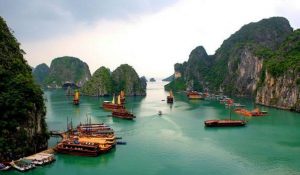 Ha Noi, Vietnam, June 6, 2020 / TRAVELINDEX / The Government has issued e-visa to citizens from 80 countries since July 1 this year, according to its latest Resolution No. 79/NQ-CP.

Visitors with e-visas can enter Viet Nam at eight international airports, or arrive via land at 16 international border gates and via sea at 13 ports across the country.

The Standard to Open its Asia Flagship Hotel in Bangkok