At the westernmost point of Solin (Salona) lies the most recognizable buildings of Roman architecture, the Amphitheatre, in the second half of the second century A.D. The remains of such an imposing Roman amphitheatre indicate that gladiator fights were held in the city of Salona just as in other parts of Roman empire, until the fifth century when they were banned.

The building was ellipsoidal in shape, with three floors on the south side and one floor on the north side, which was conveniently laid down on a natural hillside. Despite its relatively small size (125 by 100 meters outer shell and 65 by 40 meters the arena), Salonitan amphitheatre could have been occupied by 15,000 up to 18,000 spectators. The auditorium was divided into three tiers, the lower two with seats and the upper one for standing.

In Diocletian’s time the top tier was covered with a porch. By means of poles attached to the outer shell of the building the whole arena could be covered with canvas, giving protection from the sun and rain. On the south side there was a state box for the Province governor and opposite it seats of honuor for the city magistrates.

In the centre of arena there was an opening which led into an underground corridor whose purpose was disposal of dead gladiators’ bodies. On the south side of the amphitheatre, beneath the auditorium, there were two vaulted rooms, where gladiators worshipped Nemesis, the goddess of revenge and destiny. During Diocletian’s persecutions of Christians, the amphitheatre was used as a site of executions.

Only parts of substructures of this monumental building, as well as some fragments of architectural decoration and stone sculpture have been preserved. The amphitheatre was most severely damaged during the wars against the Turks in the 17th century when Venetians had it demolished for strategic reasons. 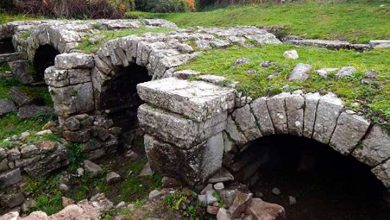 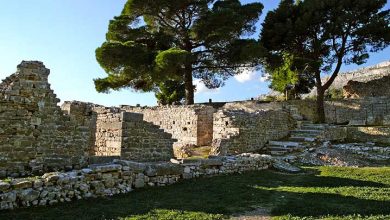