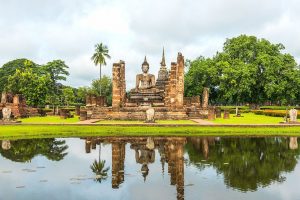 TAT Governor Mr. Yuthasak Supasorn said, “We are very pleased to receive this second round of Creative City designation from UNESCO with Sukhothai and Bangkok joining Chiang Mai and Phuket. We hope that this is only the beginning as TAT continues to highlight emerging destinations around Thailand, as we expand our sustainable tourism development agenda to all four corners of the Kingdom.”

WTTC is Proud to Present Second Event in One Voice Series