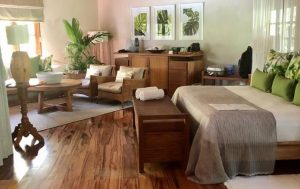 Victoria, Mahé (Seychelles) – January 5, 2020 (travelindex.com) – Welcome to 2020! A new year with new challenges for Seychelles and for the world of tourism as a whole. Firstly 2020 will see Seychelles cruise into election mode from very early as the Political Parties will launch their campaign for the coming Presidential elections. Indications are for an end August or early September elections to ensure that all is done before the end of the current mandate of the sitting President.

The recent shark attack that took place on Praslin island as a visitor was enjoying an early evening swim has made news headlines right around the world; a sad and rare shark attack resulted in her arm being amputated. Nature comes with its own challenges, but seeing a shark so close to the beach shows that either the shark population is increasing, or that potentially overfishing has resulted in reduced food stock for our larger predators, brining them coming closer to shore for their meals

Our experts are no doubt discussing the incident and analysing the cause for what happened, but one thing we can do and should be doing, is ensuring positive news about Seychelles, its key USPs and new attractions are given greater visibility, especially when an incident occurs that challenges the status quo.

On their part Mauritius was forced to halt air traffic as cyclone Calvinia was approaching as was announced during the last days of 2019. This affected Flights from Mauritius’ main airport to Rodrigues, and all flights into and out of the island following the closure of the international airport. Tropical cyclone Calvinia passed the island with wind speeds of between 111 and 129 miles per hour, making it a category 3 cyclone.

For Madagascar it was being discussed that Air Madagascar had reportedly lost the interlining agreement with Air Mauritius.

Air Seychelles continues to suffer with passengers connecting through Mauritius enroute to Reunion as they cannot check-in their luggage all the way through and need to complete immigration and custom formalities in Mauritius and then recheck in again for an Air Austral onward flight. Three Vanilla Islands still cannot cooperate to promote two or three island combination is a real let down to the region’s tourism industry.

The second challenge for the tourism industry as a whole is the recent escalation of tension in the Middle East and the GCC region where the military head of Iran lost his life. Seychelles like many tourism dependent countries have important airlift stock form and through that region that connects them and us to major tourism source markets. We can all pray that the situation does not escalate further. Oil prices are already going up and may be the start of trying moments for everyone.

Denis Private Island in the Seychelles has always been our favourite place in the world; in part due to its spectacular beauty and unique luxury that cannot be recreated anywhere else in the world, but also because of its core values around conservation and sustainability. I was beyond exited to see their latest initiative to hashtag#saveaturtle hashtag#noplasticstraws hashtag#strawssuck

Denis Island is a living, breathing island community, for those who believe giving back to nature is the only way to receive its bounty in return.”

Seychelles Tourism Board staff movement for 2020

The Seychelles Tourism Board’s Management and Board would like to inform all its partners and stakeholders of the following staff movement to be effective January 1, 2020.

In line with the STB’s mandate to promote the destination and in views of increasing the effectiveness of its operations, the following overseas rotations and appointments are to be noted;

Mrs. Lena Hoareau will be stationed in the STB Office in Paris, as the new director for Russia, CIS & Eastern European markets, Mrs. Hoareau moves from the STB office in South Africa where she has been in post since July 2015.

Moving to STB Office based UK; Ms. Karen Confait will replace Ms. Christine Vel, for the UK, Ireland and Scandinavian markets while Ms. Vel will be taking on the South Africa and Other Africa markets after being posted in the UK for the past 2 years.

Effective April 2020, the STB office in Germany, Austria and Switzerland will see the departure of its current Director Mrs. Edith Hunzinger, who is retiring from her 12-years position on that market. Mrs. Hunzinger will be replaced by Ms. Josephine Damrow as Director for the German and Austrian markets and Ms. Judeline Edmond for the Swiss Market.

Ms. Judeline Edmond has been appointed as Director for Switzerland will be based in the STB Paris office. Ms. Edmond’s was formerly a Sales and Marketing Manager at Crown and Champa Resorts in Maldives.

Ending her service with the STB, Ms. Aliette Esther will be leaving the position she has been occupying for the past 8 years as the Tourism Attaché at the STB Abu Dhabi office. The Abu Dhabi territory will now be added to the Middle East portfolio overseen by Ms. Stephanie Lablache based at the STB Headquarters in Seychelles.